THE CHIEF BY FAITH ELLIOT 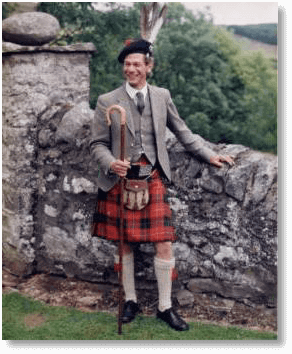 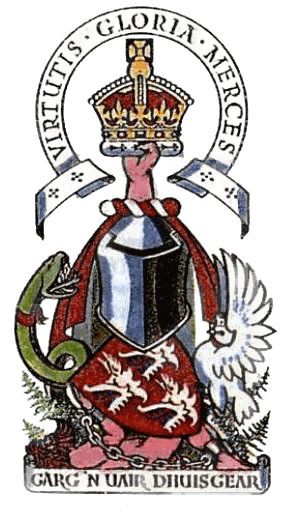 Struan studied electrical engineering at Edinburgh University (1957-61) and then, having become interested in the application of mathematical models to management, took a postgraduate course in Operational Research at the London School of Economics (1963-64). After a career in the Civil Service (with an Operational Research group in the Department of Health and Social Security), he opted for a modern version of the traditional activity of his forbears, farming. He bought a small fruit farm in the southeast of England in 1980 and has been growing apples and grading fruit for himself and neighbouring farmers ever since.

Struan married in 1965 Bridget Kenyon, younger daughter of Ronald and Celia Kenyon. He has one son and two daughters and three grandchildren. His son, Alasdair Gilbert Robertson of Drumachuine, younger of Struan, is his heir.

Struan and his family are members of, and actively support, the Clan Donnachaidh Society. The annual general meeting of the Society and the associated weekend of social activities organized by the Society in clan country each year provide a regular opportunity for clanspeople to meet with him and his family. Struan has visited branches of the Clan Society in Canada and the United States. He was present at an international gathering of clans in Nova Scotia in 1987 and has attended highland games, including the Grandfather Mountain Games, in the USA. Struan has also visited branches of the Clan Society in Australia and participated in Scottish Australian Heritage weeks. He was present at the unveiling of a cairn at Robertson Point on the shores of Sydney Harbour during the bi-centennial celebrations of 1988.

Struan is a member of the Standing Council of Scottish Chiefs. His livery colours are gules (red) and argent (silver) and his coat-of-arms comprises the Shield (gules) emblazoned with three wolves’ heads (argent); the crest – a dexter hand holding up an imperial crown; supporters – on the dexter side, a serpent (vert) and on the sinister, a dove (argent) wearing a baronial cap-of-maintenance (azure); on a compartment below the Shield – which is embellished with bracken (the plant badge of the clan) – a monstrous man chained; and scrolls bearing the Chief’s motto virtutis gloria merces (glory is the reward of valour) and the war-cry of the clan garg’n uair dhuisgear (fierce when roused).